COVID-19’s Impact on Real Estate in the US 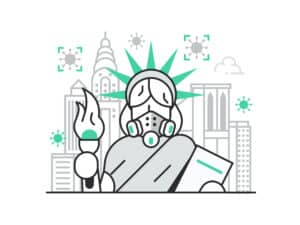 How has COVID-19 impacted the industry?

The current coronavirus pandemic has had a significant impact on businesses. Since the stay-at-home orders were announced, many companies have sent employees to work from home while other companies have had to close. State governments have the power to determine what is right for their areas, and their local governments may not give services deemed essential by the national government the same priority. The decisions made by these officials have had an impact on our national economy, especially in the real estate industry. 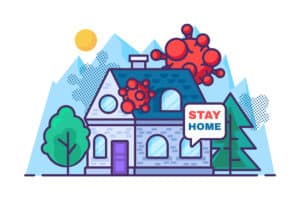 “Make sure you listen to local directives about what is considered essential.”

How has COVID-19 impacted the real estate market?

In times of economic downturn, the behavior of buyers and sellers can change drastically. Lower interest rates usually seem like a positive for buyers, but the fear of unemployment has led to a dramatic decrease in US Existing Home Sales in the past couple of months. According to ycharts.com, February 29th saw US Existing Home Sales at 5.76 million. This number fell to 5.27 million by the end of March and was followed by a 17.84% decrease to 4.33 million by the end of April.

The behavior of home sellers is also impacting the market. House prices are falling, making it less desirable for them to sell since they want to maximize the value of their property. Many are postponing and reevaluating their plans to sell their homes. You can help combat this trend in behavior by reaching out to buyers and sellers in your farm. You can let them know what you are doing to support local businesses and the community, as well as remind them that you are here to help them now and when this eventually ends. 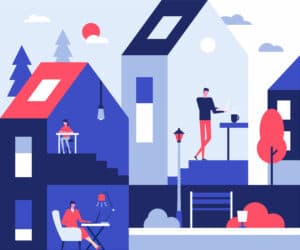 “People are looking for hope and someone to trust – be the agent who is present and can give their family the support they need.”

What should you expect for the post-COVID-19 future?

The prime season for selling houses is late spring through summer. While there is no specific end date in sight for this pandemic, many cities and states are slowly starting to open again. Business is gradually returning to the new normal, and people are venturing out of their homes, ready to get things started again. People may still be hesitant to attend in-person showings, and there may still be regulations in place about hosting open houses and other events. Be sure to check with your local government to know what rules and regulations apply to you and your farm. You may find yourself continuing to have to rely on virtual home showings for a bit, which can present some unique challenges. For some tips on how to hold a successful virtual home tour, check out our post on what to keep in mind!

Lucky for you, many economists are predicting an economic resurgence as the COVID-19 restrictions get lifted. With the virus calming down, sellers who postponed may now be more inclined to sell once again. Buyers may be more interested in finding a new home as the government helps restart the nation’s economy. Agents who continued marketing homes and stayed in touch with their clients through all of this will have an advantage. They will know what their clients are looking for, and they will be able to hit the ground running. Continue marketing to your clients and continue reaching out.

Click here to learn how to use direct mail marketing to stand out!

Check out our blog!

Get tips on all things real estate.

Start saving on your campaigns.

The 5 Renovations to Maximize Your Client’s Home Sale